The name is Sherlock Holmes, and the address is 221B Baker Street

I wrote this article for a project a friend and I are collaborating on. We hope, however naively or misguidedly, to write our own episode of the BBC series Sherlock, fitting in between episodes two and three of Series Two as broadcast.

As far as silhouettes go, I think Sherlock Holmes’ is one of the most recognisable, even if it is entirely and utterly wrong. In the original stories, Doyle never described Holmes as wearing an cape or a deerstalker; instead, what we know today is a late-Victorian perpetuation of a stereotype and icon which has been compounded by the cinema and popular culture to the point of ludicrousness.


I recently visited the shrine of Holmes, the very 221B where he ‘lived,’ and was struck by the clichédness of it all, the almost-tackiness and the way it pandered to the tourist market. Plasticised wax mannequins dressed in ‘period’ clothes and posed in ungainly and humanly awkward poses stood in the rooms, enacting memorable scenes from the stories; Sherlock’s study was ‘the way he left it’ with his pipes and hat, his chairs and books all laid out; Watson’s study was the same, except on the bookshelf – purportedly bearing the books he read while he was at Baker Street – were the very Sherlock Holmes books he came from; attendants dressed as Mrs Hudson were available on each floor to answer questions or to take photos of visitors… It just seemed wrong and too cliché for its own good.
So why exactly do we love Sherlock Holmes? I think it’s all because while he is all too human, he is a very brilliant human and a rather unlikely hero. When I first read the Adventures and Memoirs, I loved him and hated him at the same time. And I think it’s the same for a lot of people: you love him because he is so utterly smart and notices the very things everyone else overlooks, because he is able to solve the seemingly unsolvable cases, yet it is for the same reasons that I hated him: because he was so good at it, because he could do it time and again and he would keep getting better, the cases more audacious and unpredictable, the surprises and reveals more incredible. I must admit though, after reading a lot of the stories you become a bit blasé about them: they all follow the same structure – problem presented, thinking, running around gaining clues, Sherlock’s thoughts and alone-time, the reveal and solution – so that after a while you stop caring; after the novels – A Study In Pink, The Hound of the Baskervilles, The Sign of Four, The Valley of Fear – the short stories become abstractions, ‘light’ versions of the cases, parodies of themselves.
Yet this doesn’t mean Holmes becomes any less extraordinary than he is or should be. Quite the opposite, in fact. Even though the cases may seem all-too-similar, the fact he keeps on going, the fact we still keep reading them and wanting more means he is more alive than ever. And the fact I’m writing this is a further testament to that.
Not too long ago, we got talking and decided to write our own episode of Sherlock. Before now, we’d written an episode of Doctor Who together, placing it somewhere before the start of Series 6 (at least from the Doctor’s point of view; from the middle of 6.1 from the participant’s point of view), and we enjoyed it so much we wanted to have another crack at writing for a specific show. There’s something supersexyawesome, something alluring and disarmingly enjoyable, something thrilling and undescribably intense about Sherlock as a television series that we wanted to try and emulate, try and capture through our own writing, through writing in its style. Only now do we realise truly how clever and intricately plotted are the stories – both Doyle’s originals and those for television, how hard it is to actually create a workable plot that suits Sherlock, John and Moriarty’s intellect without insulting them, how deceptively complex it is to update such stories and throw them headfirst into the twenty-first century, kicking and screaming.
The game is on. 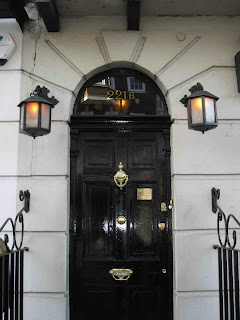 thespellofwakinghours [at] gmail [dot] com
See something you disagree with? Want to add your two-cents' worth?
Why not leave a comment, let me know what you think.